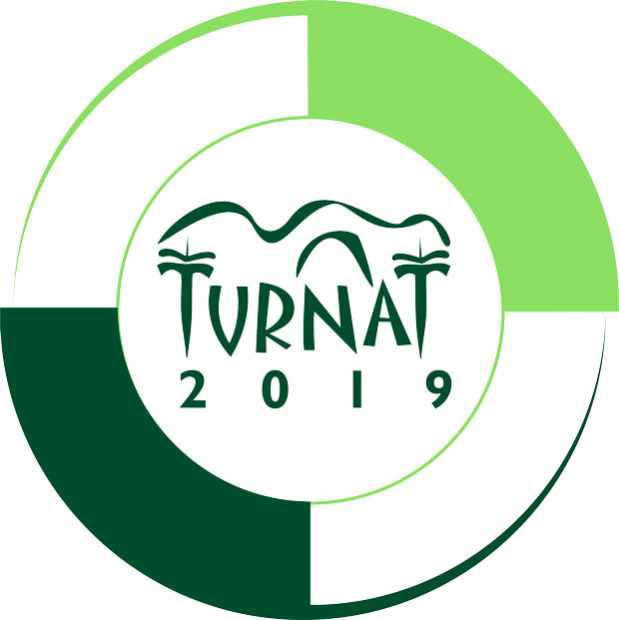 Organized by the Ecotur Travel Agency, belonging to the Ministry of Tourism and the Business Group Travel Cuba, the 12th Nature Tourism Event, TURNAT 2019 will take place from September 24 to 29 in the South Central region of Cuba, with the objective to promote Cuba as a destination of nature, adventure and rurality.

As part of the presentations of the main events in Cuba during FITCuba 2019, the commercial director of the agency, Francisco Longino, offered details of the appointment that attracts every year nature lovers, travel agents, tour operators and specialized press.

On this occasion the meeting will cover the modalities of hiking, ecotourism routes, river routes, bird watching, canopy, canyoning, kayaking, diving, snorkeling and sport fishing in different places of the Ciénaga de Zapata, Cienfuegos and the territory of Trinidad, with the to promote the possibilities that these destinations have for this segment.

Longino explained that the participants will be divided into groups, five of them dedicated to hiking, bird watching, each with a different program and well that includes visiting several places of interest. In addition, three groups will be formed more dedicated to diving, sport fishing, and for the first time in the event, the kayak.

TURNAT 2019 will also include a first day of conferences and a commercial exchange in which participating entities will show their nature tourism offers. The celebration of the International Tourism Day will also be part of the program on September 27.

The Commercial Director of Ecotur stressed that historically, the event has brought together participants from markets such as Canada, United States, Mexico, Costa Rica, Spain, Portugal, United Kingdom, France, Germany, Russia, China and Australia. However, it is open to all markets.

According to the manager, the organizing committee aims to achieve the attendance of more than 200 foreign visitors, obtain 95% satisfaction and achieve a high level of repetition, and "fill the event of promoters of nature tourism, agencies of trips interested in coming to Cuba, to know our values ​​and to contribute to the emission of tourists with the link of nature, adventure and rurality ".

Another purpose is, as in previous editions, that as a result of the event they give new routes within the portfolio of products of the agency.

The travel agency Ecotur Sucursal Oriente together with the Delegation of the Ministry of Tourism (Mintur) in Holguín calls for the sixth edition of the Biological Biodiversity and Tourism Workshop (BIOTUR), an event of nature in eastern Cuba. The meeting will involve tour operators linked to various travel agencies in the country, which will promote the tourist destination of Gibara, the host city, and the eastern part of the country in general. Yoel Alberto Domínguez Lauzao, director of Ecotur Sucursal Oriente, informed that the event will be held from July 19 to 21, with the first day dedicated to the theoretical part and the rest to different activities of excursions and visits to places of historical and ecological interest of the provinces of Holguín and Santiago de Cuba.

According to the program, on the morning of July 19, the Workshop will be opened with conferences and presentations of tourist products. While in the afternoon there will be tours through different sites of Gibara, such as Los Panaderos cave, where the Caverna Film Festival is held every March; also visit the tobacco factory and other places of interest of that marine city, to close the day with a night party in the Villa Pinares de Mayarí.

By July 20, the proposals will be concentrated in the La Mensura National Park, belonging to the municipality of Mayarí in Holguin, with two itineraries, which include the Rafael pond and the La Sabina trail. Both tours converge in the Salto del Guayabo, a leading product in the demand of the domestic market, and then go to the hotel Cuatro Segundo Segundo Frente, located in the homonymous municipality, in the province of Santiago de Cuba, where a nightly evening is planned. active

At the last stop the organizers of the event, proposed a visit to the Second Eastern Front Mausoleum, to the Loma de Mícara, to the elevations of Vega Bellaca. In parallel, in the Hotel there will be other options, including hiking and horseback riding.

The 21st will conclude the Workshop with the launch of the BIOTUR 2020 call.

What can we do for you?

Send an Email to our Travel Agency in Cuba